How Three Advertising Inflatable Styles Could Get Customer Attention

Balloons have become a central part of onsite advertising for companies that want to attract the attention of drivers and others passing by. You can't put up just any old balloons; what you use has to be chosen carefully to ensure your message gets maximum exposure. You're trying to attract people who often have no more than a second or two to see your message; if you're lucky, you may have people stuck at a light for a couple of minutes. Either way, you need balloons and inflatables that grab attention while conveying a simple message.

When you see a bunch of hot-air balloons in the sky in the distance, do you stop and look at them for a time? Exactly — those balloons are attention-getters, and that visual draw is why hot-air balloons, or miniature versions of them, are so common in advertising. They are big enough for the advertising information on them to be visible at a distance, and they are shaped like objects that naturally draw most people's eyes. If you've got a grand opening or a sale that you want people to know about, this is one of the best options if you opt to include balloons in your advertising arsenal.

The Row of Round Balloons

A relatively new item on the advertising scene is the row of round, solid-looking balloons that line a property. These aren't actually solid, but the shape and color give the impression that they are. These balloons come in bright colors and are large; they often don't have writing on them but are instead used to line an area where a company wants people to look, such as the edge of a car lot along a sidewalk at a car dealership.

There is a variant of these balloons that does have advertising on them; they tend to be standalone and placed so the balloon is rather high up. These are good for simple slogans and logos; because the wind can blow them around a bit, they may not be the best for details about sales and other events. Drivers won't be able to get information at a glance from them.

The inflatable figure that looks like it's dancing has become somewhat of a meme, showing up in editorial and other cartoons. But it is an attention-getter. If you want to draw attention to a sign or just to a property in general, that figure will actually make people look over, even though it's no longer a novel idea.

You can use one or more of these, of course, combined with other advertising tactics. With the right choices and placement, you'll be able to show potential customers what's happening at your company. Look for a company that provides giant advertising inflatables to get started. 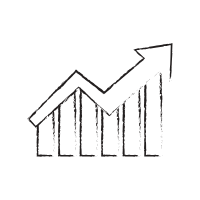